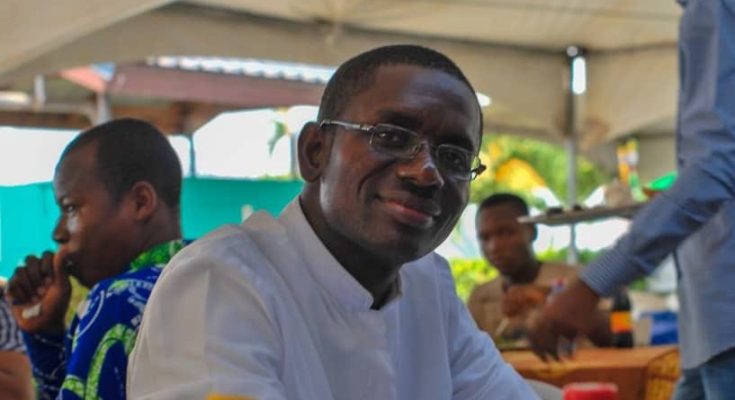 Fostering Multilingualism for inclusion in education and society

The reason for the celebration is to promote linguistic and cultural diversity. The celebration promotes multilingualism. This year’s theme “Fostering multilingualism for inclusion in education and society” is worth discussing. I am going to discuss this theme not from purely academic point of view but from my own perspective and observation.

The acquisition of two or more languages or the study of more languages encourages inclusion. Multilingualism is therefore key to making this possible. One who is limited in languages may feel excluded in a particular language he or she does not understand.

In cosmopolitan areas, it is recommended for people to know many languages so that they can communicate and feel included. As a Catholic priest, working in the Archdiocese of Accra, I have observed that much has to be done in fostering multilingualism in Greater Accra. Some people in the capital, Greater Accra, are doing well by learning two or more languages.

Truth be told, many of these people are interested in foreign languages. They do not go into the area of local languages. It is a challenge in Greater Accra now to have language teachers in some of the local languages.

What is interesting is that the language of the indigenous people, Ga- Dangme, is used by a minority. This creates a problem in the education sector as far as the indigenous Ga-Dangme people are concerned.

There are few Ga teachers handling the Ga language in the schools of Greater Accra. This makes the learning of a language such as Ga-Dangme, in Greater Accra a big challenge.

The attitude of some people towards the use of the indigenous languages leaves much to be desired. People are not interested in these languages because they hold the view that, it will not take them anywhere. Consequently, they prefer to learn foreign languages which will send them somewhere. But I hold the view that these people may be oblivious of the power of a language.

In fact, due to globalization cultures have spread worldwide and there are people all over the world who are searching for instructors, teachers, tutors, and linguists just to mention a few to take up certain languages. In Germany for instance, the Ewe language is highly regarded and used in Education.

Since we are doing well with the English language and other foreign languages, let us create more awareness for our own indigenous languages. Parents and guardians have a key role to play in fostering multilingualism. If parents speak the languages they know to their children, they will grow and become multilingual, and obviously, they will always feel included if they know many languages- indigenous and foreign.

I dare say that the acquisition of languages depends a lot on mothers. They are the first language teachers at home. The child, between zero to three years learn a lot from the mother and others close to him or her. Just as parents would want their children to learn English and French and other foreign languages they must also speak the indigenous languages to them.

I have observed that some people repeat the mistake of limiting children or students to the writing of English grammar. I hold the view that the blame should be shared between the learner and the teacher. Some students lack vocabulary in either foreign or indigenous languages.

Hence, they find it difficult to express themselves. But I believe the best way of picking vocabulary is through listening. It follows then that parents and teachers must be interested in creating an environment for learners or children to listen. When the child listens well, he can speak well, and when the child reads well, he can write well.

The culture of listening and reading among many young people today is not encouraging. In the indigenous culture when our parents used to listen to stories, poems, songs, proverbs, riddles and so on it helped them in their expression. If our children are formed with the mother tongue at home it gives them a strong foundation to build other languages on it. So, the problem is not entirely about English grammar but about the fact that the culture of listening and reading is diminishing.

We all want to be included and not left out in education and society. Therefore, we must all be interested in fostering multilingualism. We must encourage the learning and acquisition of so many languages as much as possible. A lot must be invested in this area. In fact, every institution needs a language to be successful.

In a similar manner, if the government does not communicate her policies well to the masses in the language they know, she will not be successful. The politics of making some languages more superior than others must be discouraged by governments and also government must educate the masses that the extent to which they shy away from speaking and using their mother tongue can determine its survival or death. This will protect minority languages and foster inclusion.