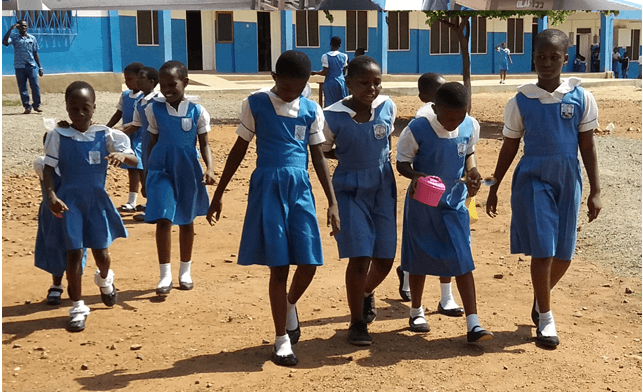 Flu outbreak forces Our Lady of Fatima School to close down; hopes to resume November 26

The Our Lady of Fatima School, a private Catholic basic school at Kpong, in the Lower Manya Krobo municipality of the Eastern Region of the Koforidua Diocese has been temporarily closed down by school management over an outbreak of H3N2 flu.

The school, managed by the Handmaid of the Divine Redeemer  Sisters in Ghana has been temporarily closed down since last week but is expected to resume on Monday, November 25 for boarders.

Day students are also expected to report on November 26. Management of the school say it has put measures in place to make up for the days lost.

Information gathered by Angelus News indicates that management of the school sent messages to parents and guardians whose wards are in the boarding house on Tuesday November 12, 2019 to pick up their wards from school.

“In view of the viral spread of the H3N2 (Flu) within the school catchment area, where few neighbouring schools have been affected, the school breaks as a precautionary measure for two (2) weeks to prevent a mass spread.

“Other Adjustments would be made to keep the academic calendar uninterrupted,” the message said.

Earlier this month, more than 400 students were quarantined in three secondary schools in the Eastern region over the outbreak of the H3N2 Flu in the Lower Manya Krobo Municipality.

The Ghana Health Service, in a statement issued on the subject said it would continue to monitor the situation very closely, do best to contain it and provide updates to the general public as appropriate.

Giving insight into the current case, the GHS said it received a report of an unusually high number of suspected flu cases in three schools on October 31, 2019.