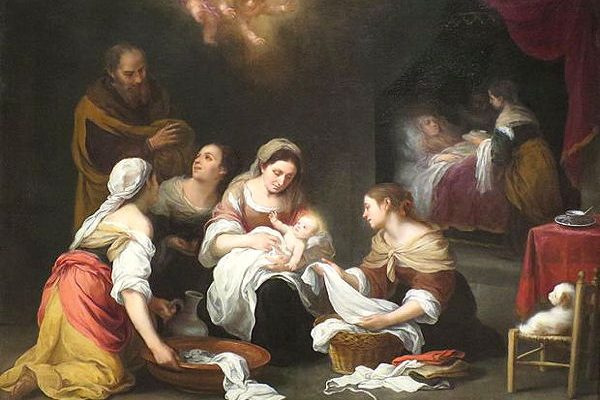 Feast: The nativity of St. John the Baptist

The feast of the nativity or birthday of St. John the Baptist, the precursor of the Messiah and born six months before Jesus, is observed on June 24 and is one of the oldest feasts in the liturgy of the Church.

He was the son of Zacharia and Elizabeth, a cousin of the Blessed Virgin Mary.

Tradition places the home of John near the village of Ain-Karim, six miles west of Jerusalem, where a Franciscan church marks the site. The Church is called “St. John in the Mountains”.

He always had a chief place in the veneration given by the Holy Church to the heroic servants of God. While the feast of the other saints is celebrated on the day of their death, when their final victory is won, the birthday of St. John the Baptist is his feast day, as he was also born free from original sin.

Thirty years after the birth of Jesus, John began his mission on the banks of the Jordan River. He was the last of the prophets of the Old Covenant.

His work was to prepare the way and announce the coming of the long-expected Messiah, the Redeemer, in whom all flesh would see “the salvation of God”.

Before St. John was born, an angel announced that “many would rejoice at his birth”, and it did happen.

St. John the Baptist, pray for us. Amen. Happy feast day to us all especially all John, Jean, Juan, Johann.