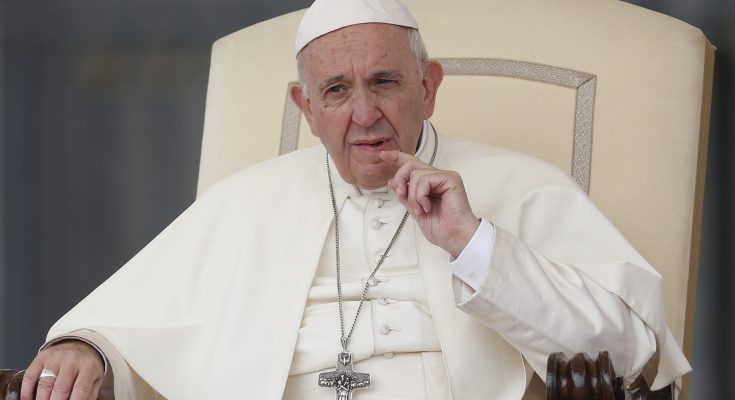 The said information comes with pictures of Pope Francis on on the floor with being assisted to his feet by some priests and a cardinal.

The message being widely circulated unfortunately by Catholics is soliciting 10 million Hail Mary’s for the Pope.

Checks by Angelus News indicates that the pictures are true but the “accident” occurred years ago.  The said information on social media is however not true and should be disregarded.

It is important to note that Pope Francis has described fake news as satanic, urging journalists and social media users to shun away from it.

“Fake news is a sign of intolerant and hypersensitive attitudes, and leads only to the spread of arrogance and hatred. That is the end result of untruth,” Pope Francis said.

Find below the message being circulated on social media 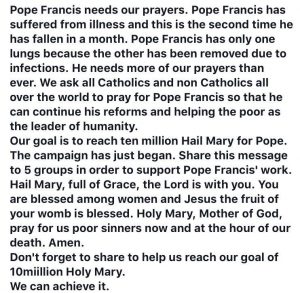 One thought on “Fake news alert: Pope Francis is not sick”