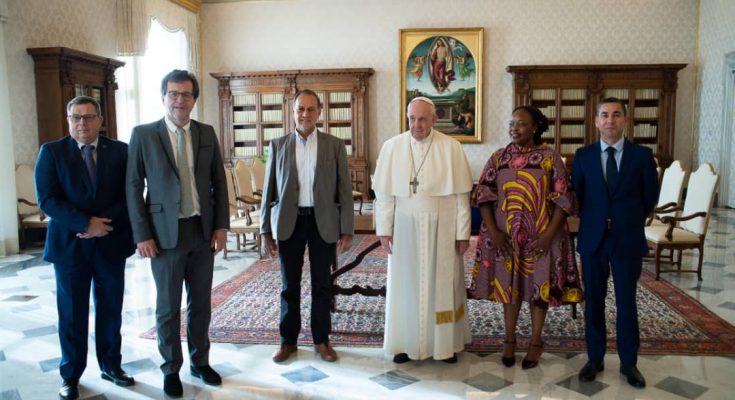 A Fairtrade International delegation met with Pope Francis on Monday, 23. November, to present the work Fairtrade is doing around the world to promote fairer trading conditions for more than 5 million farmers, agricultural workers, their families and communities.

The delegation of five Fairtrade representatives from Germany, Luxembourg, Italy, Kenya and Mexico presented Fairtrade’s new, five-year global strategy to demonstrate to Pope Francis what Fairtrade can do to achieve social and environmental justice for some of the world’s most vulnerable populations. 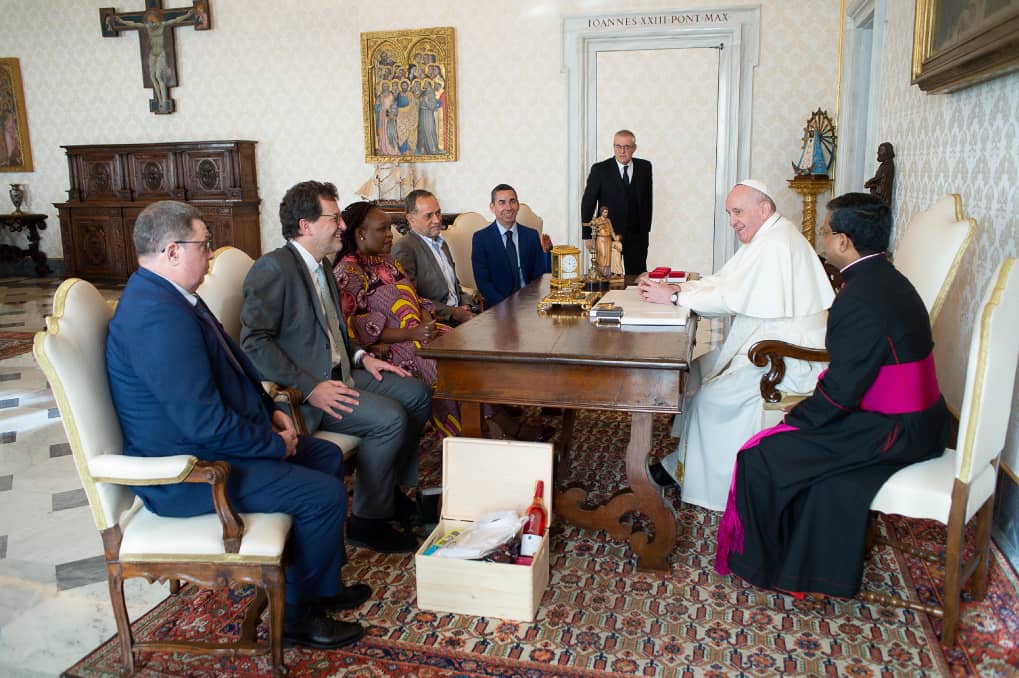 The Fairtrade delegation also gave Pope Francis a gift box filled with a selection of Fairtrade-certified products, each with messages of support and gratitude from farmers from around the world, extending an invitation to His Holiness to become a prominent voice in support of issues that affect their livelihoods.

The delegation was received by Pope Francis at the Apostolic Palace on St. Peter’s Square, in Rome.
The private meeting with the Pope took 35 minutes, during which Pope Francis seemed pleased with Fairtrade’s work.