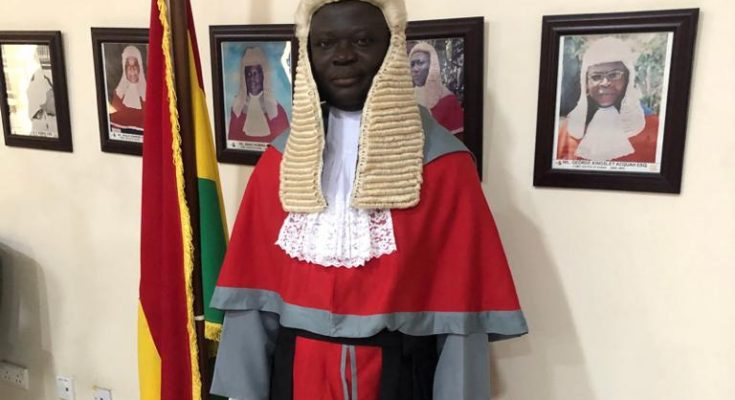 Explaining Why a Catholic Priest Can Be Appointed High Court Judge

Rev. Fr. Joseph Adu Owusu Agyeman, a Catholic priest incardinated into the Catholic Archdiocese of Kumasi, on Wednesday, September 16, 2020 was sworn in as a High Court Judge by His Excellency Nana Addo Akuffo Addo, president of the Republic of Ghana.

Now the question is: Can a catholic priest be appointed as a high court judge?

1. Yes, if the priest is dispensed by his bishop. The bishop has power of dispensation as intrinsic to his power of governance. Canon 87#1: A diocesan bishop, whenever he judges that it contributes to their spiritual good, is able to dispense from universal and and particular disciplinary laws issued for his territory or his subjects by the Supreme Authority of the Church. This permission pertains to individual case.

2. It is allowed by the Church to serve one’s Nation/State in the Public Office as Lecturers, Professors, Accountants, Chaplains to the Armed Forces, Security Forces, Doctors, Nurses, Midwives, Pharmacists, etc BUT NOT positions of partisan nature like that of a president Politicians, nor to the position of a Chief etc.

3. By the Church’s law, a Priest-Judge like Rev Fr Adu Owusu Agyeman, remains a priest but would be limited in his engagements. He will exercise his priestly ministry in private, e.g. he will not celebrate sacraments publicly but privately.

It must be noted here that the authority to exercise the powers of government are not left to the generality of the judiciary but specifically for the office of the Chief Justice.

Indeed Article 125(4) creates the office of a Chief Justice who epitomizes the Judicial Arm of government such that the performance of the functions contemplated in Article 125(3) by other judicial officiants sources from his/her delegations.

The administrative functions and all the duties to enpanel a court may be construed as means of delegation.

Therefore much as Article 58 gives the power of delegation to the President for efficiency and effectiveness so does the Chief Justice gets compliments from judges and other judicial officers. So if priests can serve under Ministry of Education or the Police Service or the Armed Forces which are under the Executive Arm of government, mutatis mutandis, a priest can serve under Judicial Arm of government.

4. Now issues of conflict with the Church:

Canon 285§3 is emphatic that priests are forbidden to assume public offices which entail a participation in the exercise of civil power. Provost J, has defined public office to include: administrative, legislative, judiciary, zonal boards, school boards and the like. This canon dwells its strength on Lumen Gentium #31 which separates the roles of the laity from those in Holy Orders and cautions clerics in order that the do not confuse themselves. More to this, the 1971 Synod of Bishops had attentioned that politics is contingent thus priests who are witnesses to the hereafter ought not meddle in them.

Whilst it is a truism that Pope Paul VI, forbade Ordinaries from dispensation from such prohibitions in his Apostolic Letter ‘ De Episcoporum Muneribus’ in 1966, presently, Canon 87§1 allows Diocesan Bishops to dispense from universal disciplinary laws as he judges helpful for the spiritual good of the faithful; or those not reserved for the Apostolic See. Again, Canon 90, effectuates this provision by only cautioning the Ordinaries to exercise greater care in evaluating the just and reasonable grounds upon which they dispense clerics to take up such assignments.

Yes, a Priest, Lawyer Fr. Joseph Adu Owusu Agyeman is now a Justice of the High Court. It is allowed by the Church to serve one’s Nation/State in the Public Office as Lecturers, Professors, Accountants, Chaplains to the Armed Forces, Security Forces, Doctors, Nurses, Midwives, Pharmacists, etc BUT NOT in positions of partisan Political nature, such as that of a President, nor to the position a Chief. By the Church’s law, a Priest-Judge like Fr Adu Owusu Agyemang, shall be limited to offering private Masses himself, for God’s People and His Church.

SIGNIFICANTLY one point must be explained. There is a clear distinction between a Priest as a Judge and the priestly office. One is profession and the other is vocation. The two offices are not conflicted. In the essence of our baptism is the tri-munera function of priestly, kingly-judge, and prophetic-teaching. Indeed Christ himself came to us as a GENTLE JUDGE.

Please pray for our Priest Judge to make a difference and be an Evangeliser in the Judiciary. Amen.

Source: Desk of the Diocesan Chancery ( Catholic Archdiocese of Kumasi)

Share this
TAGCourt judge Kumasi Archdiocese
Previous PostSaint of the day: St. Joseph of Cupertino, Priest (Memorial) Next PostPope Francis: Become guardians of life and earth with contemplation and care