Home Ghana News Editorial: From a father to his beloved young people – Pt.2 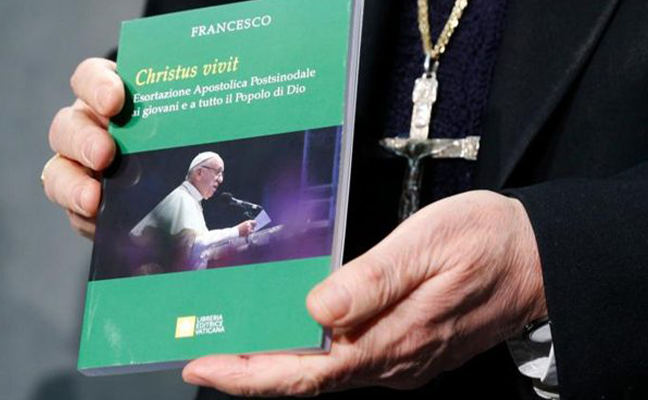 Editorial: From a father to his beloved young people – Pt.2

Christus vivit is a post-synodal apostolic exhortation of Pope Francis, written in response to the Fifteenth Ordinary General Assembly of the Synod of Bishops, on young people, faith and vocational discernment, held from 3 to 28 October 2018. It is addressed “to young people and to the entire people of God.”

Radio Angelus’ Fr. Alphonse Bulloro shares a summary of the exhortation to young people, a continuation of a series on Christus Vivit.  Take a read.

After presenting to the young people the young characters in Sacred Scripture who are like them, he now dwells deeply on the young Jesus. This is seen in chapter two with the heading, “Jesus, ever young”. Jesus sanctified the youthful stage by being young (CV 22).

Jesus is presented in the Gospels from birth, becoming a tiny refugee in Egypt, relating with his family and environment, working for his foster father as a carpenter and taking up his public ministry after Baptism and dies on the cross whiles young to save humanity.

The youth of Jesus teaches us to grow in relationship with God our Father, in awareness of being part of a family and a people and being filled with the Holy Spirit and led to carry out a mission (CV30).

The Church and the Young

In paragraph 34 the Pontiff taking inspiration from the young Jesus emphasizes that youth is more than simply a period of time; it is a state of mind. This suggests that the Church must present Christ who is young to the world. “the Church is the real youth of the World” (CV34). The church must therefore be opened to renewal and be opened to the signs of the times. The Church is called to listen to the voice and concern of the young people. Being young, the Church is called by the Pontiff not to be excessively caught up in herself but instead, and above all, reflect Jesus Christ. The church must not always be on the defensive but must listen and be humble so that she will not lose her youth. The Church is also called to uphold the rights of women and be against all discriminations and violence on sexual grounds (CV 42)

The Pontiff presents the young woman of Nazareth, Mary who said ‘Yes’ to the Lord and with Joy accepted the will of God. She is also great model for the young ones.
“the heart off the Church is also full of young saints who devoted their lives to Christ, many of them even to dying a martyr’s death. The pontiff presents to the young ones about 13 young saints including SS. Francis of Assisi, Joan of Arc, Dominic Savio, Kateri Tekakwitha and Therese of the child Jesus. He seeks their intercession for the young people.

The Youth as the present

In chapter three under the title “you are the Now of God” the Pontiff was emotional. With the background from the scriptures the Holy father thinks the young people cannot be said to be the future of the world. They are its present and even now, they are helping to enrich it (CV64).

He offers different ways of being young and cautions that the youth must be seen in their different cultures. He underscores that the young lives in a world of crisis: kidnapping, extortion, human trafficking and so on. Here, one sees the holy father emotional and he weeps over the tragedies of the young people. He calls on all to weep for the young as an expression of mercy and compassion (CV75-76).

The Holy Father from paragraph 91 to 94 discusses the issue of migrants being the epitome of our time. The Pontiff speaks about the abuses of the clergy which has affected some young ones.

Do Not Be A Photocopy

Finally, he ended this chapter by offering a way out for the young people. He counsels the young ones to learn from Carlo Acutis who for instance was able to make a difference in his environment. Carlo says, “Everyone is born as an original, but many people end up dying as photocopies” inspired by this Pope Francis says emphatically to the young ones “Don’t let that happen to you”.
Watch out for part 3 in the next edition…..To be continued 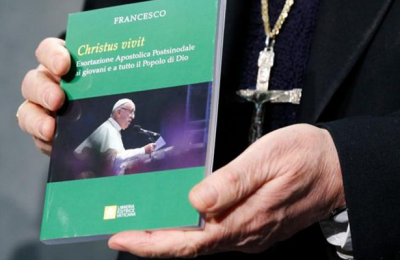 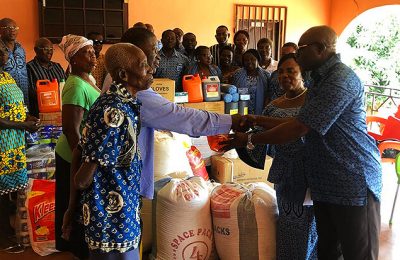