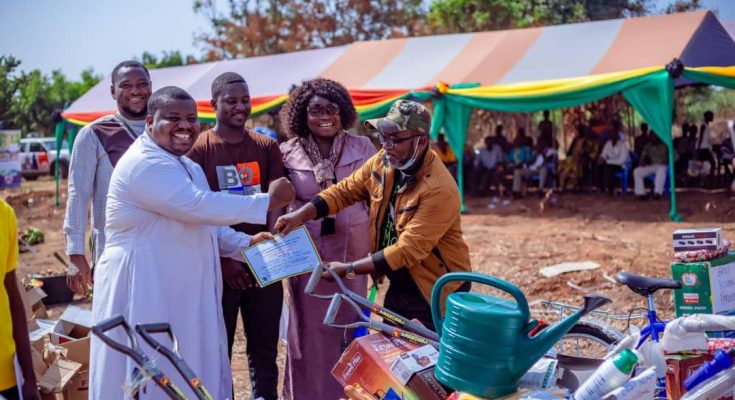 The Emmanuel- Grace Agricultural Institute has been recognized as the best non traditional Farm at the 2020 Farmers Day celebration in the Eastern Region of Ghana.

This follows the farm’s ability to thrives on about three thousand (3, 000) snails, Two hundred and fifty (250) Quails, whose eggs were sold, and a mushroom farm that has produced over Two thousand 2000 kg fresh mushrooms in the last ten months not cutting the dry ones.

Started in December 2019 on a single structure; the Emmanuel – Grace Agricultural Institute as headed by Rev. Fr. Eyram Senanu was majorly into supply and production of mushroom in Begro in the Eastern Region.
However, the farm got expanded and includes snail and Quail in their portfolio following numerous market demands with managers receiving external production care training to serve the larger market.

“After about two months, demand for the mushrooms could not meet the supply so we decided to expand. We sent two farm managers for training in mushroom farming and production in Techiman at Bemcom Youth Enterprise LTD. 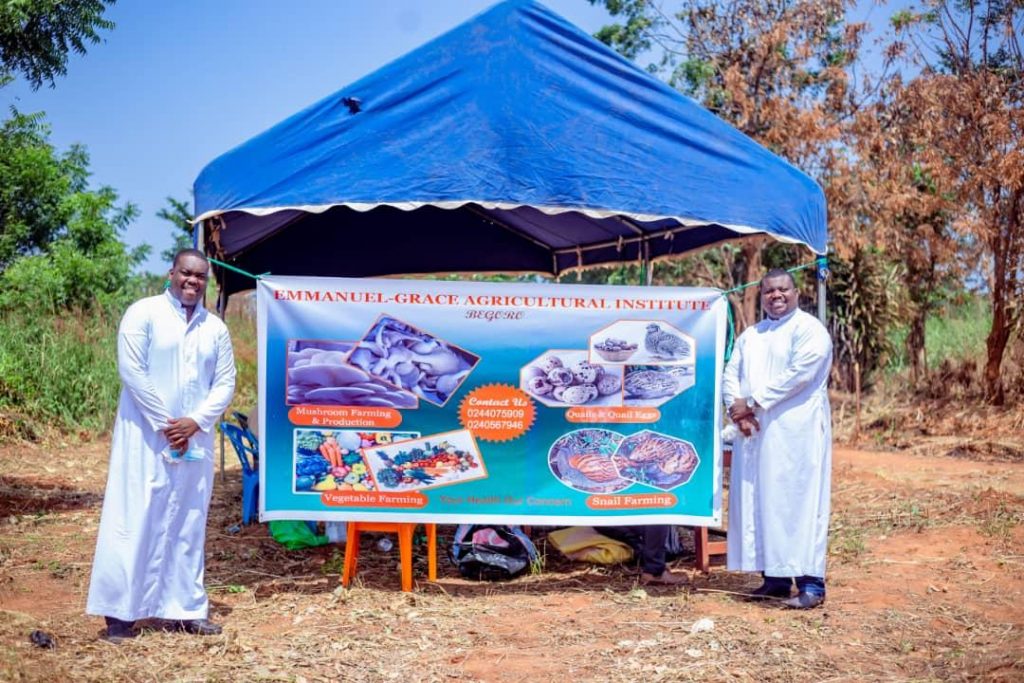 Later on, they went for training also at the Ghana Institute for Sustainable Living also in Techiman. They have also attended seminars organized by the CSIR on snail Farming.” Farm manager Fr. Senanu stated.

He added that “after their training, more structures were erected to help train others and help them set up their farms and produce every other thing needed for the Mushroom farming and production.

Fr. Senanu, Speaking to radioangelus.com days after the award, also disclosed the farm which “was officially registered as an NGO with the name Emmanuel – Grace Agricultural Institute, was named after his father who is Emmanuel and the mother who is Grace”.

As part of the award, Fr. Senanu went home with a Wheelbarrow, a knapsack, 6 cutlasses, wall clock, hand gloves, and some insecticides as the best Best Non- Traditional Farmer

Fr. Senanu was also optimistic of more growth and business expansion. “We didn’t expect an award, but the giving of it has emboldened us to work harder. Going forward, we want to expand and get more hands to help because the bigger and effective the farm the more people we can help”, he reiterated.

However, although there have been significant improvement as snail and quail were added to the farm; it was not without a challenge.

Fr. Senanu acknowledging the challenges of the past regarding the farm says “It has not been very easy, but majority of the work on the farm are done by the farm managers and two other hired hands. But the farm occasionally hire more people on contract when there is soo much to do”, He explained.

Commenting on what motivated him to venture into agriculture, Rev. Fr. Derrick Eyram Senanu said “Five years ago when I became a priest, I didn’t know a day would come when I would spend time reading about various documents and research on Agriculture and Agribusines and joining online platforms that discuss such matter. But being posted to work in Begoro opened my eyes to some positive realities and difference that Agriculture can make in our lives when taken a little more seriously, so when I got people who were committed I decided to start”.

He mentioned that “the basic objective of the farm was to help train people who are interested in what we[Emmanuel Grace Agricultural Institute] do at no cost or at the cheapest cost possible and to have a system where the farm employs as many people as possible and have them payed by what we produce and sell”. If the farm can do this, our dreams would have come to perfection.

He observed the commencement of the farm was not within hitches. “It was not easy when we started, we had a lot of learning to do. Gracefully, we had support from friends and family.