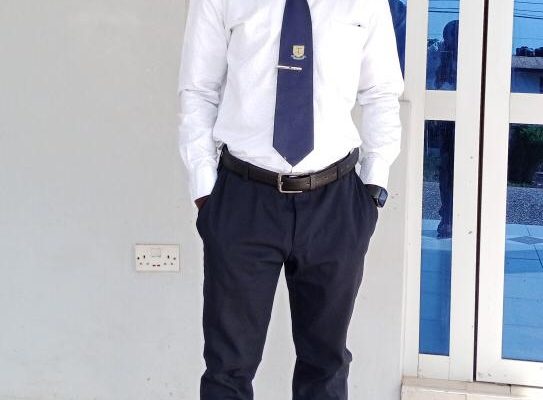 Celibacy has been in the Roman Catholic Church since the 12th century at the Second Lateran Council in 1139, approving the rule to forbid priests to marry. In 1563, the Council of Trent reaffirmed the tradition of celibacy. Celibacy is derived from the Latin word ‘caelibatus’, meaning ‘the state of being unmarried’. According to Oxford Advanced Dictionary, “celibacy is the state of being unmarried and not having sex especially for religious reasons”. A.W. Richard Sipe, while focusing on the topic of celibacy in Catholicism stated that “most commonly assumed definition of celibate is simply an unmarried or single person”.

In the religious movement of Brahma Kumaris in Hinduism, celibacy is also promoted for peace and to defeat the power of lust and to prepare for life in the forthcoming heaven on earth. In this belief system, celibacy is given the utmost importance. It is said that as per the direction of the Supreme God those who live a pure and celibate life will be successfully able to conquer the surging vices and live the pure relationship in one’s life as this concept identifies the self as a soul different from the physical body.

In the words of a Jesuit Priest, James Martin, “blaming celibacy as the cause of sexual immorality in the Catholic Priesthood is an enormous simplification that leaves out many important causes”. ‘This means that it is true and we must agree that there is sexual immorality in the Catholic Priesthood but can we judge that celibacy is the cause of those acts’. In fact, there are scandals owing to immoral sexual behaviour all over the world of which some Catholic Priests are involved but we cannot however give affirmation to the claim that celibacy is the root cause of those immoral behaviours. From a statistical research made by John Jay Institute (a Non-Catholic Statistical Institution in United State of America), which covered the years of 1950 to 2002, thus 52years down memory lane, found out that about 4% of Catholic Priests had been involved in sexual immoral acts leaving a significant percentage of 96%. This means that celibacy cannot be the main issue here. His Eminence Peter Cardinal Appiah Turkson, the head of the Vatican’s Dicastery for Promoting Integral Human Development, on 8th October, 2018, lamented on this in an interview with a Polish Television, TVPI, that “there is a temptation to generalize when it comes to Clerical sexual abuse and while we know there are bad priests, we also know there are very saintly priests. We cannot throw away the linen with the dirty water”.

The scriptures serving as the foundation for the rule of Clerical celibacy, makes it clear that celibacy is to lead one to the Kingdom of Heaven (cf. Mat. 19:12); “In the Kingdom of Heaven, there is no marriage or giving in marriage”. Celibacy is more directly related to the Kingdom” (Fulton J. Sheen). Celibacy is not for anyone. It is a gift received from Jesus. It is only for those to whom it is granted. Let anyone accept this who can (Mat. 19:11-12). Celibacy is not something that a priest accomplishes or fulfills and lives through his own power. No one is bound to receive gifts at Christmas time but if one does accept it, there is at least an obligation to acknowledge it and that is what priests are doing. For anyone who says that ‘Christ was forced on us’ turns out to say that any gift such as celibacy is forced on priests; it is not man’s gift to God but God’s gift to man. St. Paul said “an unmarried man is anxious about the things of the Lord, how he may please the Lord. But a married man is anxious about the things of the world, how he may please his wife, and he is divided…… (cf. 1 Cor. 7:32ff).

Celibacy again is a disciplinary rule which must be followed. It aims at a positive goal thus keeping the priest from sexually immorality and setting him aside ‘for the sake of the Kingdom of God’. It is tautology to opine that the cause of breaking a disciplinary rule is the discipline itself. Will you suggest that the rule against corruption in the code of Ghana Police Service is the root cause of corruption in the service? We rather say these men and women in uniform are corrupt but not the code.

The vow of celibacy is made by capable and willing men who know and believe they have good and sincere intentions and with the formation received from the seminary, prepared themselves for it. Celibacy is not just the renouncing of the person outside but a concentration on the person inside. God is not out there, He is in us; “I will abide in you and you will abide in Me”. Celibacy is like a transformer which multiplies an energy within to concentrate entirely on Christ who lives in the soul. Celibacy has nothing to do with sexual immorality but rather the desire of man leads to sexual acts. Thus, it is not the act (celibacy) itself that causes sexual immorality but disobedience to the rules guiding celibacy that causes the problem. Celibacy, when lived truly, prevents immorality and promotes personal growth with God and oneself, leading to the attainment of a strong relationship with God as well as man.

Previous Magazine. (May, 2018). Celibacy: a gift or a burden? Francis Ayaric and Emmanuel Arthur.

Share this
Previous PostSaint of the day: St. Simon Next PostPope at Ash Wednesday Mass: ‘Lent is a journey of return to God’