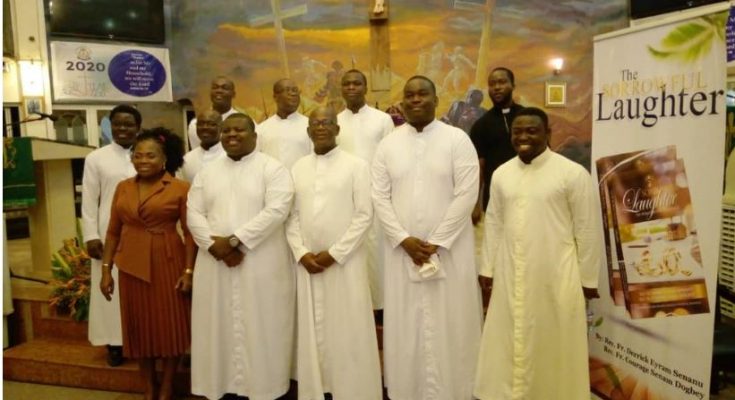 ‘The sorrowful laughter’ a Marriage book dedicated to curing ills in relationship and marriage has been launched in Accra.

The book which catalogued among other things childlessness, decision making, culture as themes provide both married, divorced and single men and women an opportunity to learn how to chose their life partners and live with them till eternity.

Commenting on the relevance of writing at the launch, the Special guest of honor, Reverend Father Francis Adoboli, charged parishioners and all to reflect and put their thoughts into writing to revive the diminishing writing culture.

Rev. Fr. Francis Adoboli noted that the lack of interest for writing these days is gaining momentum among many Ghanaians especially parishioners unlike in Nigeria where writing is common.

He acknowledged the effort of the two authors for coming up with ‘the sorrowful laughter’ as he hopes it will address many relationship and marital problems. 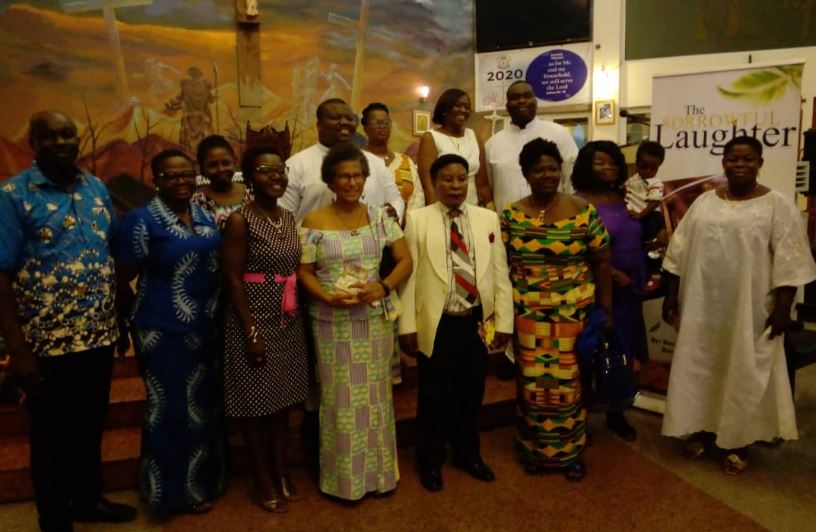 He further admonished although it was difficult for many at his age to reflect on ideas, write and publish them as book, the youth must do more to break the writing barriers and become competitive.

For his part, Rev. Fr. Bright Kennedy Agyapong who also shared his thoughts and reflections on the book “the sorrowful laughter” encouraged members to patronize it as it provides guides and answers to contemporary relationship and marital problems.

“Since February marks the month of love, buy one as a gift for someone instead of chocolate”, he advised.

The Chairperson of the launch Mrs. Dede Doe also added that “Listening to a wife is like reading terms and conditions of a website which one may not understand all issues but have to agree to move on”.

She charged young men and women to chat the course of building stronger Christian homes for their children.

“For work of God evangelisation continues and we need to build stronger homes and solid Christian homes for our children for the word of God to continue”, Mrs. Dede Doe said. 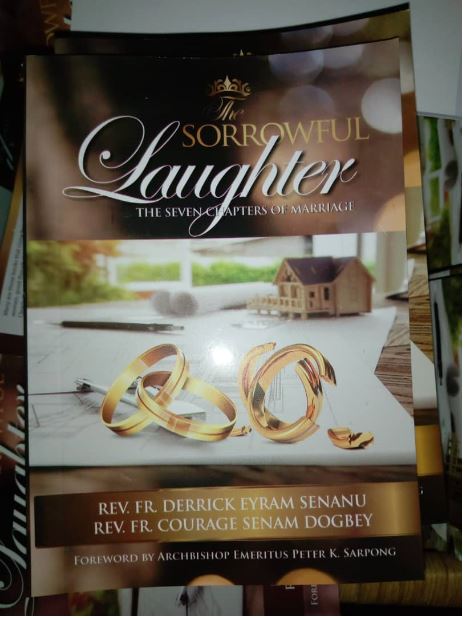 The two authors; Reverend Father Courage Senam Dogbe and Reverend Father Derrick Eyram Senanu speaking on their motivation to write “the sorrowful laughter” explained that many initially on social media belittle their capacities as unmarried priests who have no clue to write a book on the concept “Marriage”.

However, the two priests explained it was needful compiling the seven chapters on marriage as many relationships and marriages were not living up to years before break-up and divorce.

“In our five years in ministry; we have met a lot of married couples, we have met those who have celebrated fifty-years in marriage, forty-years, ten -years and even one-week. We have also met those who have divorced six-months and recently two-weeks. So it has become necessary for us to put something on paper just to help us have a better understanding of the concept of marriage”, Rev. Father Courage Senam Dogbe stated.

He alluded the existence of marriage as a fruitful union that has benefited many including himself hence the need to put happenings and scriptures together as a guide to write ‘the sorrowful laughter’.

“At the beginning God created man and when he created man there was no woman. Woman came into being when man was asleep”, he added.

Rev. Father Courage described the coming into being of a man and woman in the garden of Eden as a mystery.
“God realised that man was alone but there were animals there[Garden of Eden]. Why did Adam not talk to the animals?”, He asked.

He said the first person to have spoken and understood the language of animals in the garden was a woman.
As such, it was through woman and animal interaction that led a woman to convince Adam into the temptation of tasting the seed that they were cautioned not to taste in the garden of Eden.

Father Courage said man could not throw away Eve for misleading him to miss the paradise he was enjoying before they were sacked from the garden over disobedience but rather they both persuaded.

” In a football team every player has a role, should there be a red card, there is operating law that the rest of the players must do their best to make sure they win. It makes you realise any time there is red card, that is when the team gets stronger. So should there be a red card in your partner, would you leave the fellow or would you want to make it work?”, Father Courage questioned.

Father Courage observed that unlike in the past where parents marry for their wards and they leave together solving every problem that comes up, the millennials in marriage and relationship prefer ‘replacing’ their partners instead of ‘fixing’ the challenges.

“So our phones have spoilt, we buy another one. Our friends have done something to hurt us we replaced them. But why do we prefer to ‘replace’ than to ‘fix’ ?”

He advised those who were yet to enter into a relationship to chose their partners wisely as there was no perfect man and woman elsewhere but said there will definitely be perfect moments in their relationship.

“To the married couples, he advised marriage is a human activity and no amount of preparation could prevent an error but they must endure to stay and address every bit of challenges that may arise.

“You didn’t know that you will lose your husband or wife, you didn’t plan that somewhere along the line your children will be stubborn, you didn’t plan that at a point you cannot give birth but these things have happened one-day what would you do?.
But remember that one-day your wedding gown won’t matter, the ring will fade, the outdooring that you spent so much money on, you wouldn’t see it again and what you will have is your husband or your wife and you have to make it work.

“We call this book the sorrowful laughter because as there are 365 days so there are 365 nights. As you are enjoying today remember you will be sad for another day and that is how to blend the two”.