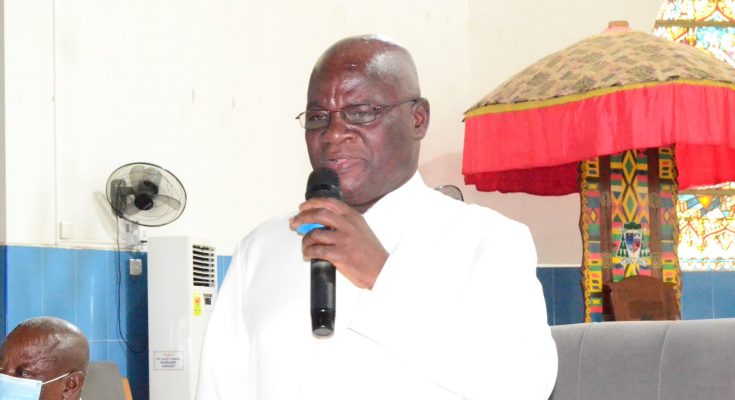 The new Bishop-elect of Sekondi-Takoradi Catholic Diocese, Msgr. John Baptist Attakruh has hailed the past Bishop of the Diocese, Most Rev John Bonaventure Kwofie for his immense contribution towards the growth of the Diocese.

This follows his declaration today June 24, 2021, as the new Bishop-elect of the Sekondi-Takoradi Diocese.

In response to his new appointment, he thanked Most. Rev. John Bonaventure Kwofie for his support to the Diocese.

” I can’t leave out at all Most Rev, John Bonaventure Kwofie my predecessor. For a very short time, he did so much in the Diocese. We saw his selflessness and I can assure you that I will imitate him. And I ask you all to pray for him. He needs God’s healing mercies”

He further urged the Catholic lay faithful in his Diocese to be cooperative and share in his vision as they work together in building God’s church.

Msgr John Baptist Attakruh until his appointment as the new Bishop of the Catholic Diocese of Sekondi- Takoradi, was the Apostolic Administrator for the Diocese “with all the rights and faculties of a Local Ordinary”.

The announcement was released from the Apostolic Nunciature in Ghana on June 24, 2021, and declared by the General Secretary of the Ghana Bishop conference, Rev. Fr. Lazarus Anondee at the National Catholic Secretariat.

Fr. John Baptist Attakruh was born on 13th October 1957 at Juabo in the Amenfi Central District of the Western Region in Ghana. Among five children, he is the first child of Mr. Joseph Benjamin Attakruh and Mrs. Theresa Ama Attakruh, who are both deceased.

Rev. Fr. Attakruh had his elementary education at Aboso from 1963 to 1972 and entered St. Teresa’s Minor Seminary at Elmina in the Central Region of Ghana for his secondary education from 1972-1979. He joined the Society of Jesus (the Jesuits) of the New York Province and had his novitiate formation in Benin City, Nigeria from 1980-1982.

He proceeded to Institut de Philosphie Saint Pierre Canisius in Kinshasa in the Democratic Republic of Congo for his studies in Philosophy from 1982 to 1985.

After his philosophical studies, he came back to Ghana and undertook his studies in Theology at St. Peter’s Regional Seminary in Cape Coast as a seminarian of the Diocese of Sekondi-Takoradi. He obtained a Diploma in Theology from the University of Ghana, Legon in 1987.

Rev. Fr. Attakruh was ordained to the priesthood for the Diocese of Sekondi-Takoradi on 30th July 1989. His first appointment was to Immaculate Conception Parish as Assistant Priest from 1989 to 1991.

He was then appointed as Vice-Rector of St. Mary’s Minor Seminary in Apowa and at the same time, he was a tutor and Chaplain at St. Mary’s Boys’ Secondary School and Director of Vocations of the Diocese of Sekondi-Takoradi.

From 1992 to 1995 he studied at the Pontifical Liturgical Institute of St. Anselm in Rome where he obtained a Licentiate in Sacred Liturgy.

Upon his return to Ghana, he was appointed as Director of St. Kizito Pastoral and Catechetical Center at Apowa and Director of Sacred Liturgy of the Diocese of Sekondi- Takoradi from 1996 to 1998.

From 1998 to 2004, he was appointed formator and lecturer at St. Peter’s Regional Seminary, Cape Coast, where he taught Sacred Liturgy and Sacramental Theology.

From 2004 to 2014, Fr. Attakruh undertook a sabbatical and study leave. During this period he studied at St. John’s University, New York, USA, where he obtained a Master of Science in Educational Administration and Supervision of Instruction.

He also served in the Diocese of Rockville Center, New York, as Priest-Chaplain of Brookhaven Memorial Hospital and Medical Center, Patchogue, and as week-end Associate at St. John the Baptist Church in Wading, New York.

In 2015, he was appointed Co-ordinator of the First Synod of the Diocese of Sekondi-Takoradi by Most Rev. John Bonaventure Kwofie, the then Bishop of the Diocese.

Among the assignments he serves in the Diocese from 2015 to the present is being the Director of St. Kizito Pastoral and Catechetical Centre; Diocesan Biblical Apostolate; Catechesis; and Sacred Liturgy. 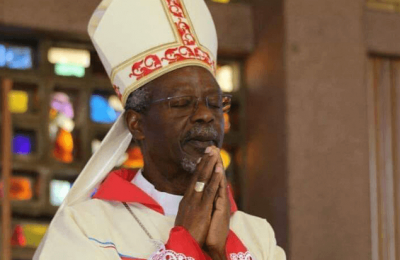 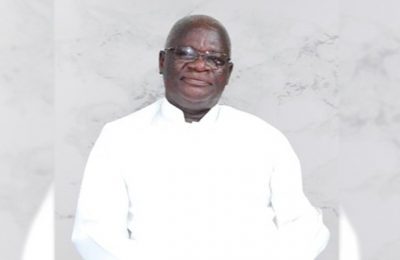