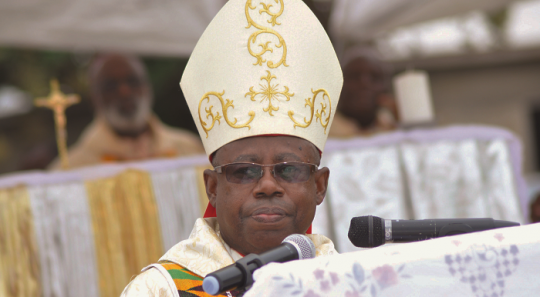 Bishop Attuahene challenges Catholics to stand by their faith amidst attacks

Most Rev. Peter Attuahene, Bishop of Goaso Diocese has challenged all Catholics and Christians to stand by their faith and not to throw their faith to the dogs amidst recent the war and attacks on the Christian doctrines.

The prelate was addressing about 300 parishioners of SS. Peter and Paul, Ajumako, and College of Languages students, University of Education Winneba (UEW), Ajumako Campus as part of his pastoral duty on the occasion of the plenary session of the Bishops’ Conference on Sunday November 1o, 2019 under the theme “the war On Our faith”.

In his homily, Bishop Atuahene likened the recent attacks on Catholics and the Christian faith to that of the seven brothers and their mother during the Maccabean Revolt, who stood firm and preferred to die instead of denying their faith and counselled Catholics and Christians today to emulate their example.

The prelate further mentioned that “Catholics are attacked by other brethren who do not share the same faith with them” and encouraged them be proud of their faith and stand by it.

Bishop Atuahene underscored that proponents and sympathizers of Lesbians, Gays, Bisexual, and Transgenders(LGBT) are at war with the Catholic and Christian teaching on marriage and the dignity of the human person and want to influence cultures through the educational systems with their ideology with Catholic and Christian faith and the Ghanaian culture frowning upon it.

He further threw words of caution to Catholics and Christians on their consumption of contents on social media since it has become one of the major tools these groups use to propagate their agenda. 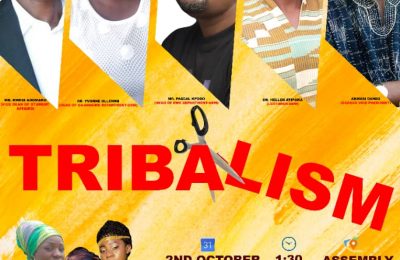