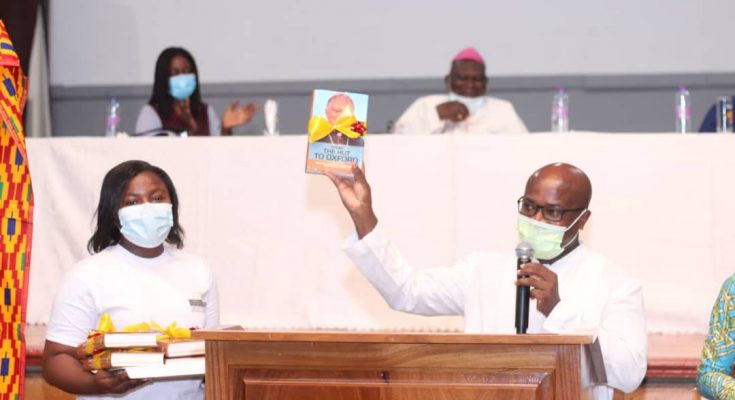 The project will feature a biennial lecture that honours the intellectual legacy of the Emeritus Archbishop of Kumasi, Most Rev. Peter Kwasi Sarpong by exploring issues and trends in African Christianity with boldness, originality, depth, understanding and acuity; an acrostic that spells one of the middle names of the honouree, Bodua Kumankoma.

The eighty-seven-year-old Archbishop Sarpong received the surprise honour with great delight, a fitting climax to the recently-held December Dialogue which happens to be the third event in a series of lectures and panel discussions known as “The Faith in the Public Sphere” jointly organised by the AJI and the Catholic Professionals’ Guilds (CPG).

Archbishop Sarpong, who delivered the keynote lecture on the theme, “Towards a Theology of Christian Lay Professionals: Providing Some Indicators”, is undisputedly a colossus of Christianity in both Ghana and Africa with over 1,000 books and articles on Anthropology, Theology and African Culture, among others to his honour.

His articles are published in different national, continental and international journals.

Among his well-known and most cited published works (books) are: The Sacred Stools of the Akans (1971), Ecumenical Relations in Ghana, Gambia, and Uganda (1973), Ghana in Retrospect (1974), Girls Nubility Rites (1977), Libation (1996), Ancestral Stool Veneration in Asante (1996), Dear Nana: Letters to My Ancestor (1998), Cultural Perspectives on Ghana’s Development and Other Essays on Ghana at 50 (2011), Odd Customs: Stereotypes and Prejudices (2012), Archbishop Sarpong Explains Key Christian Topics (2016), and Culture and the Kingdom (2016), From the Hut to Oxford: an autobiography among others.

He has also contributed articles to the Encyclopedia Africana.

Many of his books have focused on inculturation, a theme that was equally central to Fr. Pedro Arrupe and underscores the decision by the AJI, Ghana’s premier Christian think tank, to bestow this honour on Archbishop Sarpong.

Speaking after the event, Fr. Kpanie Addy, SJ, AJI Executive Director noted the importance of celebrating elders and heroes while they are alive.

He showered glowing praise on Archbishop Sarpong, identifying him as a man who embodies the inculturation that he studied. This, Fr. Addy stated, is evident when one visits him at his retirement home in Kumasi.

“He is a dear old grandfather or, as we say in Akan, Nana. His household is beautiful to experience as you notice how he lives the reality of his status: an elder who receives the younger ones, counsels them, encourages them, and passes on deep wisdom and insight” Fr. Addy said.

It is envisaged that through the Sarpong Theological Lecture, which will be held biennially, several reputable theologians will be invited to Ghana to deliver world-class lectures on aspects of African theology and global issues in theology as they affect the continent.

An appeal for funds to provide an endowment for the Sarpong Theological Lecture raised an amount in the range of GHC17,000.00.

The AJI Director stated that his Institute continues to welcome any contributions from well-wishers of Archbishop Sarpong and other benefactors willing to see the expansion of theological formation in Ghana and on the continent.

They may get in touch with the AJI through the contact details found on their website: www.aji-gh.org 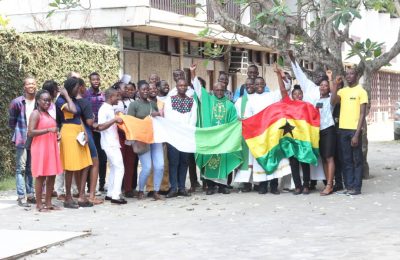 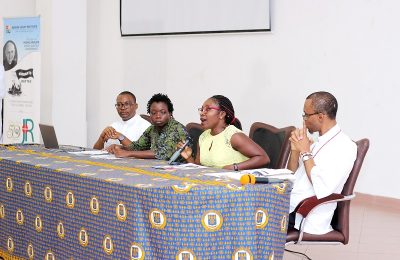