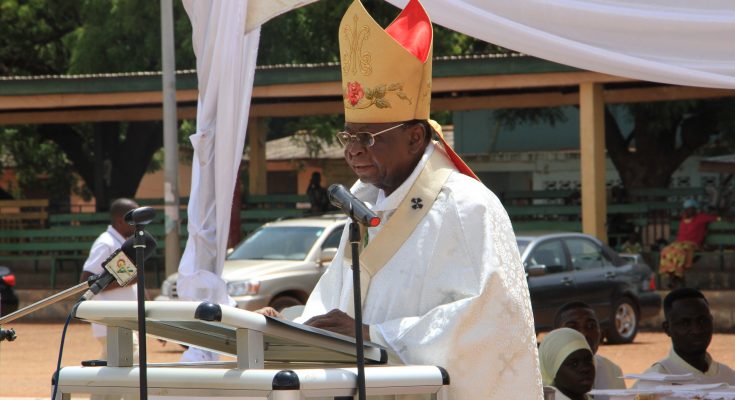 Most Rev Philip Naameh, Metropolitan Archbishop of Tamale and president of the Ghana Bishops’ Conference has issued a directive to all churches and Catholic institutions to prevent individuals riding motorbike without helmet from entering church setting.

The directive was contained in a document released by the prelate’s outfit which further revealed that parishes within the Archdiocese have lost precious lives of members most especially the youth in recent times through motorbike accidents and most of these victims were not wearing helmets at the time of those accidents.

The prelate also noted that, the directive is aimed at curbing deaths and preventable instances which in turn brings untold hardships not only to the victims immediate families but also to the catholic and Christian community and urged parents not to carry a whole family of four or five on a single motorbike to avoid severity of unfortunate occurrence.

Share this
Previous PostFr. Emmanuel Salifu writes: In memory of the Dead Next PostSekondi-Takoradi Diocese honours deceased Clergy and Religious with memorial mass