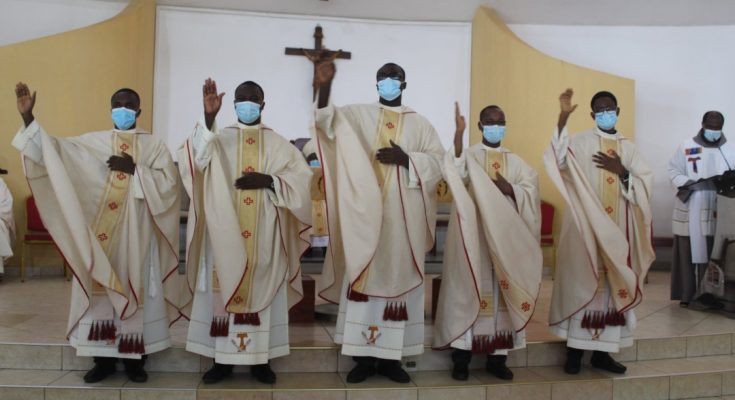 The Metropolitan Archbishop of Accra, Most Reverend John Bonaventure Kwofie, CSSp, on Saturday, 20th November 2021 ordained five Friars priests at the St. Francis of Assisi Catholic Church in Awoshie-Anyaa.
The five newly ordained priests are Friars Eric Kwasi Boateng OFM Conv., Christian Ahiawodzi OFM Conv., Gabriel Boateng OFM Conv., Daniel Afful OFM Conv. and Kennedy Tsormey OFM Conv.
The Assistant General for the African Federation of Conventual Franciscans, Friar Anthony Bezo Kutiero who gave the homily admonished the newly ordained priests to put their trust in God always and turn to him in prayers whenever they faced challenges.
“God sees you as a work in progress and is molding you like a potter- for he knew you before he invited you.” He said.
He consequently encouraged them to readily serve and inspire their members at all times.
In attendance was the Vicar Provincial Custos of the Conventual Franciscan Friars in Ghana, Friar Eugene Antwi-Boasiako OFM Conv., Vicar General of Sekondi Takoradi Diocese, Very Rev. Father Francis Lemaire, the Parish Priest of St. Francis of Assisi, Friar Pius Kofi Asare, OFM Conv. and his Vicar, Friar Emmanuel Kofi Ocran, OFM Conv. 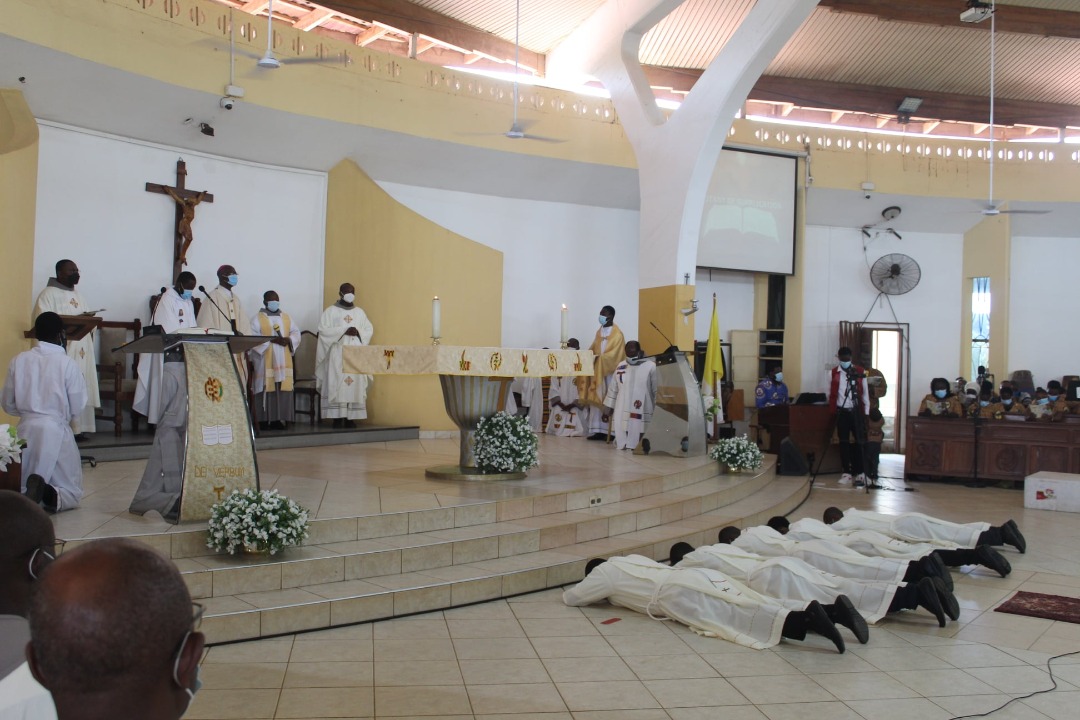 The colourful ceremony was also attended by members of the various home parishes of the newly ordained priests, as well as a host of Catholic faithful, including priests and religious, family members, and parishioners of St. Francis of Assisi Catholic Church and its outstation, St. Clare of Assisi Catholic Church.
The PPC Chairman of the St. Francis of Assisi Church, Mr. John Appah on behalf of the church, made a presentation to the newly ordained priests and the Archbishop. He remarked that the event was a memorable one- as it is the first Ordination Mass to be hosted by the St. Francis of Assisi Catholic Church, Awoshie-Anyaa.
The Order of Friars Minor Conventual is a religious institution which commit themselves to the gospel life of perfect charity by the public vows of obedience, poverty, and chastity and the observance of common life and rule according to the spirit of the Seraphic Order. 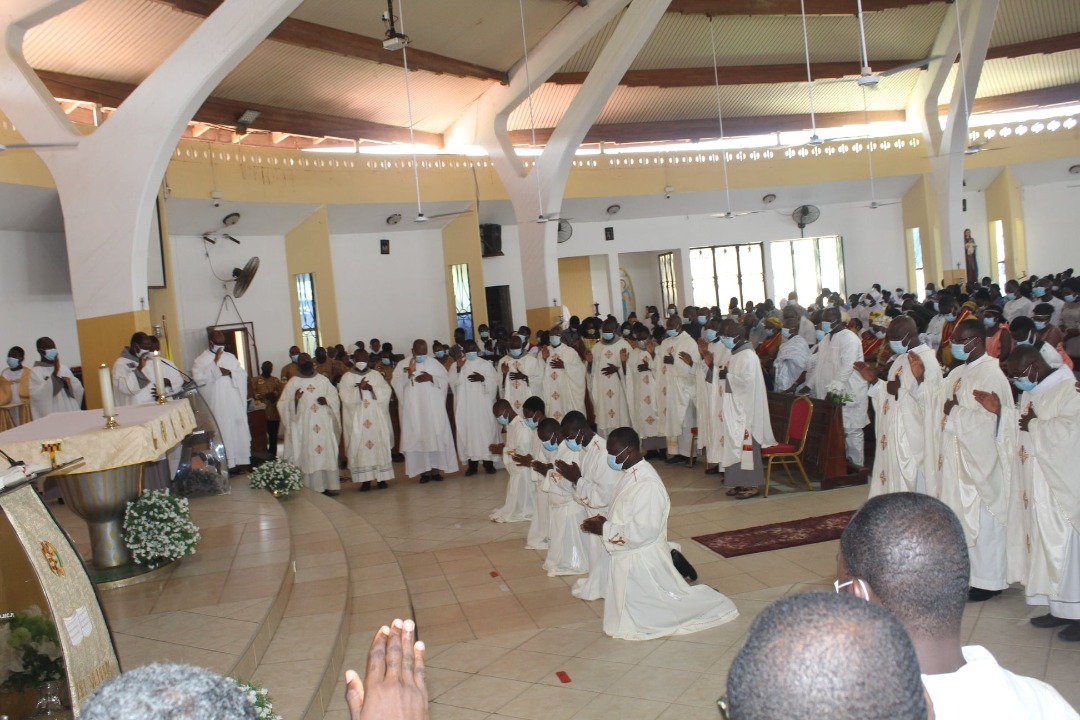 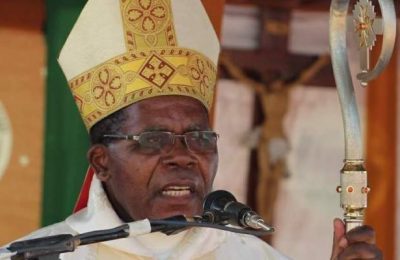