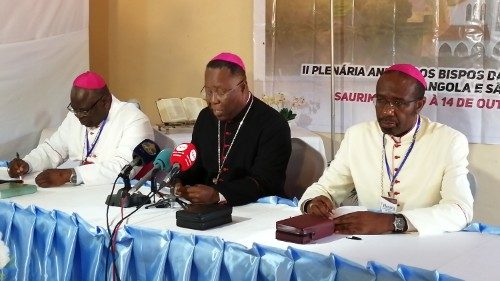 Meeting recently, in Luanda the capital of Angola, the Bishops under the Permanent Council of the Conferência Episcopal de Angola e São Tomé (CEAST) said they hoped through the intercession of St. Joseph, the people of Angola would be delivered and emerge from the current “economic and social suffocation” under which they are struggling.

A year dedicated to St. Joseph

The dedication of the Bishops of Angola comes on the heels of Pope Francis’ proclamation of a yearlong celebration dedicated to Joseph, the foster father of Jesus. On the 150th anniversary of St. Joseph’s declaration as the patron of the universal Church, Pope Francis in an Apostolic Letter, “Patris Corde” (With a father’s heart) of 8 December 2020, invited the Catholic faithful to look to St. Joseph for “an intercessor, a support and a guide in times of trouble.”

Need for country-wide dialogue on the economy

The CEAST Permanent Council reviewed the life of the local Church as well as the socio-political situation of the country.

Faced with this scenario, the Bishops recommend “the promotion of inclusive (national) dialogue, as the best way forward given the sensitivities in society and with the aim of avoiding all sensationalism currently generating uncertainty, fear and insecurity (in the nation).”

Concerning the COVID-19 pandemic, the Bishops urged the country’s authorities not to relent in combatting the disease. They further called on the people to continue following guidelines and adhering to the national health advice around the coronavirus.

Share this
TAGAngola
Previous PostPope at Angelus: Christian joy is not easy, but with Jesus it is possible Next PostInvestiture Ceremony: Madeline Hayes Clothed in Habit of Carmel