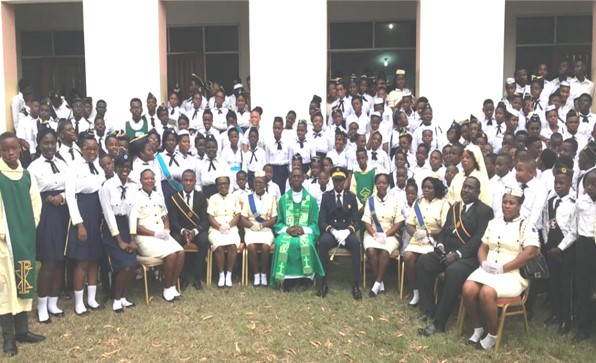 The Accra East Grand 5th District Cadet Commandery and District 2 Junior Auxiliary has had its 2019 youth camp. The camp took place at the Catholic Youth Formation Centre- Lashibi in the Tema Metropolis from Thursday 22nd August to Sunday 25th August, 2019  on the theme, “Mary’s Fiat: An Example of a Radical Christian Humility for the Junior and Cadet (Luke 1:38).”

Rev. Fr. Kudoloh in his welcome address was delighted that the district chose the youth centre for its camp saying, that non Catholics highly patronise the centre than the Catholic Youth. He advised that participants keep the centre in good shape.

On Friday, cadets and juniors had morning mass at the centre. Reverend Father Alphonse Bulloro in his homily encouraged them to emulate Ruth and listen to their parent’s advice. He also, explained the difference between Pharisees and Sadducees, saying, “Pharisees believe in super natural beings like angels and saints as well as heaven and hell but the Sadducees do not believe in such things.”

This was followed by aerobics at the premises and preceded with separate informal meetings where the history of the order was discussed. After which the participants had an insightful section with a talk on the theme.

SUPT. Afful Edwards enumerated ways terrorists use to attack the church saying, “the terrorists develop artificial or home- made bombs using fertilisers, car batteries and put the bombs in teddy bears, mobile phones, gallons, back packs and balls,” advising “do not touch anything that does not belong to you because the terrorists know that these objects are the very things young ones love to receive as gifts.

He explained what should be done when the terrorists go into malls with guns saying, “they begin shooting from the entrance. Be observant and look out for shopping mall maps, avoid staying at the entrance after shopping, locate smaller exits in the malls by going backwards and lie down. Anytime you hear gun shots, locate the direction of the shooting area and pretend to be dead in order to save yourself.”

He mentioned that “suicide bombers put artificial bombs on their waist, wear suicide vests and belts. They enter big hotels, look for the dining halls and churches even if the place is packed and they come with heavy school bags to kill themselves and others.

He said another way the terrorists attack is by going the lone ranger way explaining, “the lone ranger comes with his bomb, locates his targets and kill such targets leaving himself out.”

Supt. Edwards also shared ways the terrorists use to capture victims saying, “they capture victims promising video games and playing them on their phones or computers to the admiration of their victims and lure people who find their games amusing.

They also use beautiful pets to lure people under the guise of finding their missing pets. They show pictures of the pet and ask the victims to accompany them search for the missing pet. They also come in flashy cars and motor bikes.

Mary’s fiat is an example for us to learn humility. She contributed to supporting those doing the work of God. Learn to be humble and not raise yourself up. We should not see ourselves as more important than others.”

He called on cadets and juniors to practice the corporal works of mercy and offer themselves up to the service of God stressing that in the life of God, Mary served.

“Mary lived a life of simplicity and used her gifts to serve. Be active in the activities of the church. We can know our call through prayer and what we are good at doing; helping, public speaking, comedy among others.”

Later in the day, the Cadet Commanderies and Junior Auxiliaries had a healthy quiz competition on the history and general knowledge of the Order, Current Affairs of Ghana and West Africa as well as the Gospel of Luke chapters one to twelve.

At the opening ceremony of the jamboree, the First Vice President of the Accra East Grand 5th District Commandery, Captain Franklin Agbenosi applauded the organizers and directresses for their selfless dedication in planning the jamboree.

He called on all participants to offer themselves up for service in the Order saying that, that was how he built his credentials from his cadet ages. He charged officers to make budget allocations towards programmes of cadets and juniors since they are the leaders of the Ancient Order. He applauded the participants of the quiz competition while stressing that quiz competitions are not the end of the world. He encouraged other cadets and juniors to participate fully in such healthy competitions.

He said it was about time the older cadets and juniors moved to the senior order in order for the young ones to emulate their exemplary services.

The Respected President of the Accra East Grand District two Ladies Auxiliary, Senior Sister Juliana Katsekpo explained that participants should trust their parents and make their advices manifest in their lives without complaints of tiredness.

“You must follow the dictates of your parents and shun bad friends whose behaviours do not conform to the Gospel and the Catholic Church in order to be good Catholic parents and guardians.”

The Grand Judge Advocate, Captain Andrew Khartey said cadets and juniors should always be confident in themselves saying, “Never look down on yourselves and never allow anyone look down on you. You should forever remain brothers send sisters which is why you are members of the KSJI order,” he said. 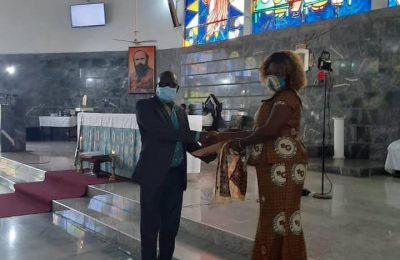 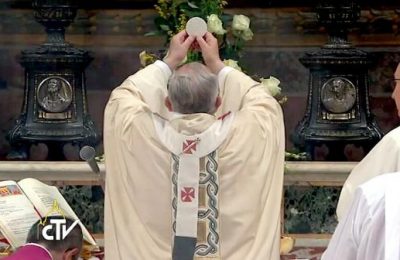 Adabraka Council of Churches exchange pulpits in spirit of ecumenism