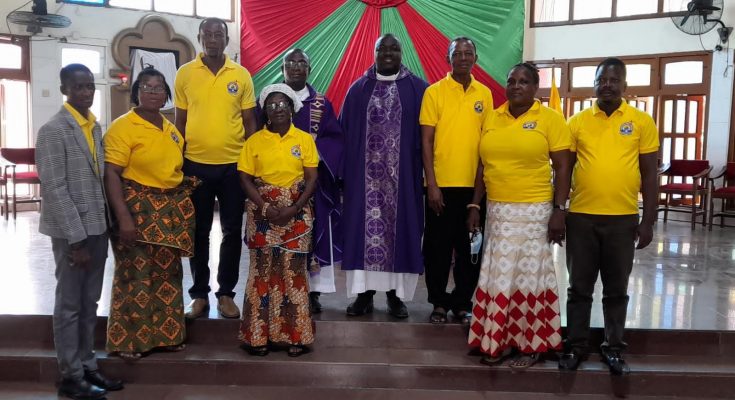 Accra Archdiocesan Catechists Association gets new executives for the period 2022 to 2024.

The director of Catechetics Fr. Samuel Korkordi on behalf of the Metropolitan Archbishop of Accra advised the newly elected executives to be committed and fight for their colleague Catechists.

The new executives were installed during the Eucharistic celebration.

They pledged to serve Mother Church and be obedient to the Archbishop and their director both in words and action.

The day was also used to commissioned 91 New Catechists in the Accra Archdiocese.

They were given certificates for the completion of their course.

The Director of Catechetics in the Archdiocese of Accra Fr. Samuel Korkordi on behalf of the Metropolitan Archbishop of Accra encouraged and adviced the new Catechists to be faithful witnesses like their patron Saint,St. John the Baptist.

He encouraged them to support their priests in the discharge of their duties.

He also advised them to help their parishioners to live the faith both in words and action. 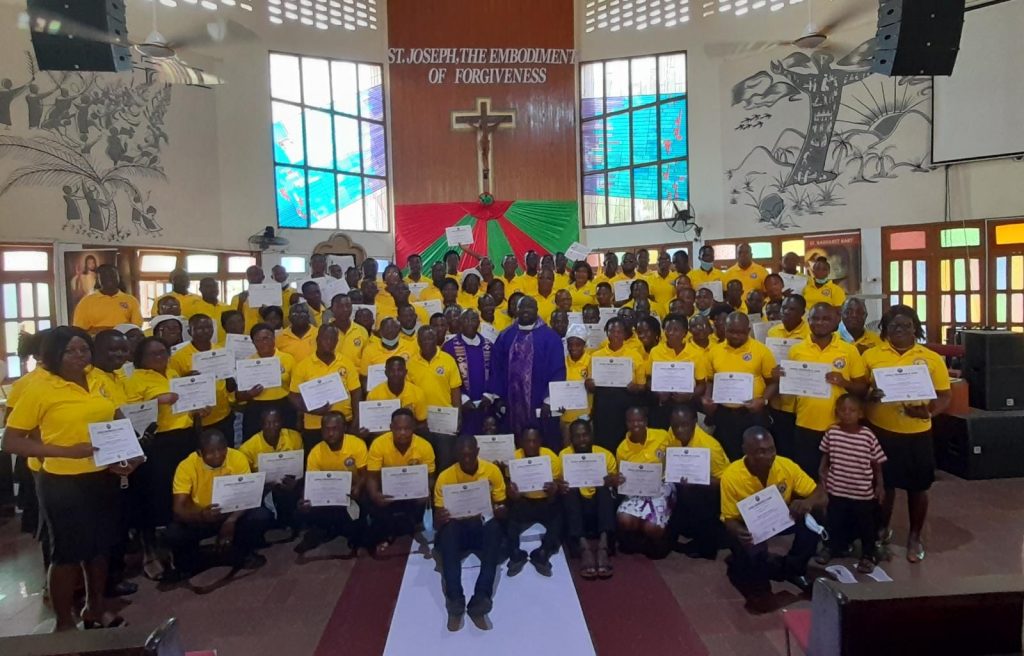 Also present at the ceremony was Fr. Nicholas Twumasi,CSSp, who is the Chaplain of the Catechists Association in the Madina Deanery.