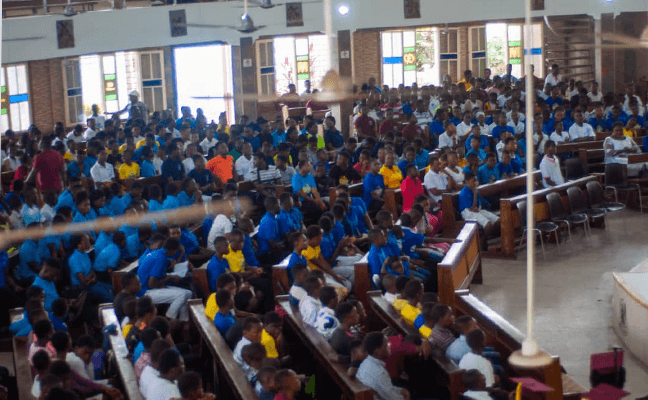 The 2019 Knights and Ladies of the Altar(KNOLTA)  day dubbed “Servers’ Day Celebration” has been held in the Archdiocese of Accra at St. Kizito Catholic Church, Nima.

Servers’ Day Celebration is a perennial activity of the Mass Servers in Ghana. The day was marked on  August 10, under the theme: “ A call to holiness in the light of Guadete et exsultate”.

This year’s Servers’ Day recorded an unprecedented number of 2500 Mass Servers in attendance throughout the whole Archdiocese from 93 different parishes and churches. It also boasts of about 15 Catholic Priests including Very Rev. Fr. Andrew Campbell in attendance. Four(4) of the priests celebrated the Holy Eucharist with the participants. The occasion also saw about 30 seminarians attending.

The celebration commenced with registration of Mass Servers throughout the Archdiocese from 7am. Confessions were also heard during the period of registration until Mass began. There was Adoration of the Blessed Sacrament at about 8:30am which was led by Rev. Fr. Daniel Attipoe, the assistant parish priest of St. Kizito Catholic Church, Nima. The holy Mass started at 9:20am with Rev. Fr. Elvis Mensah presiding, and Frs. Alphonse Bulloro, Daniel Attipoe and Bright Fumey concelebrating.

In the homily, Fr Fumey told participants we have all been called to be holy because our Father in heaven is holy. He counseled participants to learn from their patron saint St. John Berchmans who did ordinary things in an extraordinary way. He mentioned the need to understand that we cannot do things on our own.

He added that Mass Servers are also called to serve with their heart and  are expected to do it with joy because God loves a cheerful giver. Fr Fumey outlined the things Pope Francis recommends will make us holy: prayer because as mass servers we need to always pray not only during meeting days; and love of one another because with love we will be holy.

Before the final blessing, messages were taken from Mr. Oyere Kwame Lawrence the Archdiocesan KNOLTA chairman and AADCYC secretary and from the Archdiocesan Youth Chaplain and Vocations Director, Very Rev. Fr Osmund Kudoloh. Fr Alphonse who gave the message on his behalf said Mass servers are to imitate the commitment and Sacrifice of St.

Deacon Lawrence whose feast was marked that day. He also admonished the participants to put into action all that they have heard. The Celebration of Holy Mass ended at 12 noon.

The third part of the celebration which was lunch and socialization followed the Eucharistic Celebration. There were variety of activities including the display of Ghanaian cultural dances. At about 4pm the whole program came to an end. 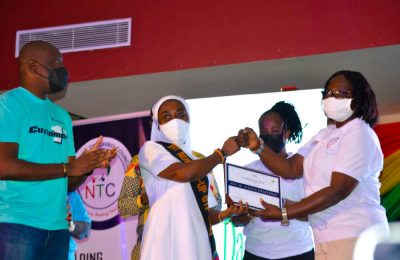 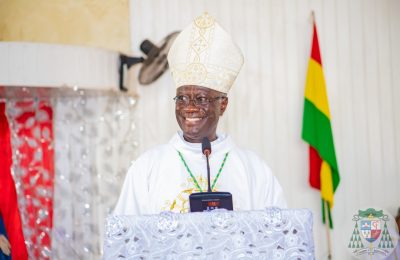 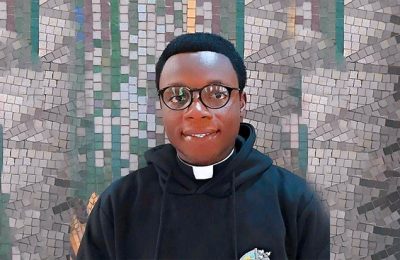