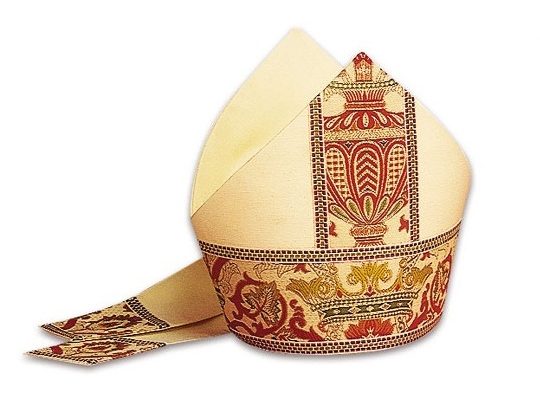 The Holy Father, Pope Francis has appointed Rev. Fr. Augustine Ndubueze Echema as Bishop of the Diocese of Aba -Nigeria, of the Owerri clergy.

Hitherto  his appointment, he served as Professor of Liturgy in the Catholic Institute of West Africa (CIWA) in Port Harcourt.

His appointment was revealed by a press office bulletin by the Holy See Press Office.

Catholicism started in Aba in 1916 through the unrelenting and unflinching apostolic spirit of Rev. Fr. Cornelius Liddane, CSSp. The diocese cathedral is named after “Christ the King”.

Rev. Fr. Augustine Ndubueze Echema was born on December 28, 1958 in Ohuhu Nsulu, then Diocese of Umuahia and now of Aba. He was a pupil of the St. Peter Claver Minor Seminary in Okpala (1972-1977).

He completed his philosophical studies at the Bigard Memorial Seminary in Ikot Ekpene (1978-1982) and the theological ones at the Seminary of the same name in Enugu (1982-1986). He studied at the Philosophisch-Theologische Hochschule Sankt Georgen in Frankfurt, obtaining a Doctorate in Theology, with specialization in Liturgy (1989-1994). He has ordained a priest on August 16, 1986, for the clergy of Owerri.

1994-1995: Parish priest of St. Joseph in Schwalbach, in the Diocese of Limburg, Germany; 1996-1998: Deputy Chaplain of CIWA Worshipping Community in Port Harcourt; since 1996: Professor of Liturgy at the Catholic Institute of West Africa in Port Harcourt; President of the Liturgical Commission of the Archdiocese of Owerri; Chaplain of the Owerri Provincial Laity Council.

In the same press release, the Hoy Father has accepted the resignation of the pastoral government of the diocese of Buéa (Cameroun) presented by S.E. Archbishop Immanuel Bushu.