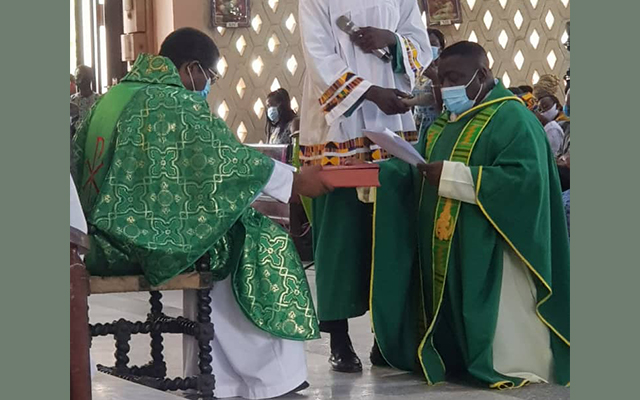 In his homily, the Vicar General gave a brief antecedent about Very Reverend Father Dominic Amegashitsi who was ordained as a Catholic Priest in 1999 and served in Parishes at Mamprobi, Osu and Dawhenya. He urged Parishioners to work hand-in-hand with him to ensure progress.

Touching on the day’s reading, the Vicar General said, “Just as God called Samuel, God continues to speak to us in our dreams. God does not only speak to us when we are asleep but when we are also awake. God may also call us when we are active. God often speaks to us through the readings whenever we come to Church.”

He proceeded to say that, “God can speak to us in different places not only in the Church. So, let’s pay attention when God speaks to us. God speaks to us personally. So, we need to ask what God is saying to us individually on different occasions. Every day, He (God) speaks to us several times and sometimes He repeats His message until we respond.”

Bringing his homily to an end, the Vicar General revealed that, “God may use a parent to speak to a child but because it is the Dad or the Mum, the child may not listen. If He (God) can speak to us in our dreams, He can also use human beings to speak to us.”

In conclusion, he called Parishioners to action with the following statement, “When God speaks to us, we respond with obedience and humility to God. When we listen to God, He also blesses us.”

During the induction rites, Very Reverend Father Dominic Amegashitsi’s letter of appointment was first read out by Reverend Father Nicholas Dzikunu, Priest in-charge of the French Community at St. Francis Xavier Catholic Church, Kotobabi. The letter of appointment read out was issued under the authorization of the Archbishop for the Archdiocese of Accra, Most Reverend John Bonaventure Kwofie.

The new Parish Priest first professed his Catholic faith and also took his oath of office, after which the keys to the Chapel and Tabernacle were handed over to him as a sign of possession of his new Parish as the Parish Priest. This action was executed by the Vicar General on behalf of the Archbishop. He was also given the Catholic Missal as a sign of his duty to his new Parishioners. He was subsequently confirmed as the new Parish Priest in the growing history of St. Francis Xavier Catholic Church. He finally took full canonical possession of the Parish under the appointment of the Archbishop amid congratulatory cheers, jubilation accompanied by a cultural rendition. 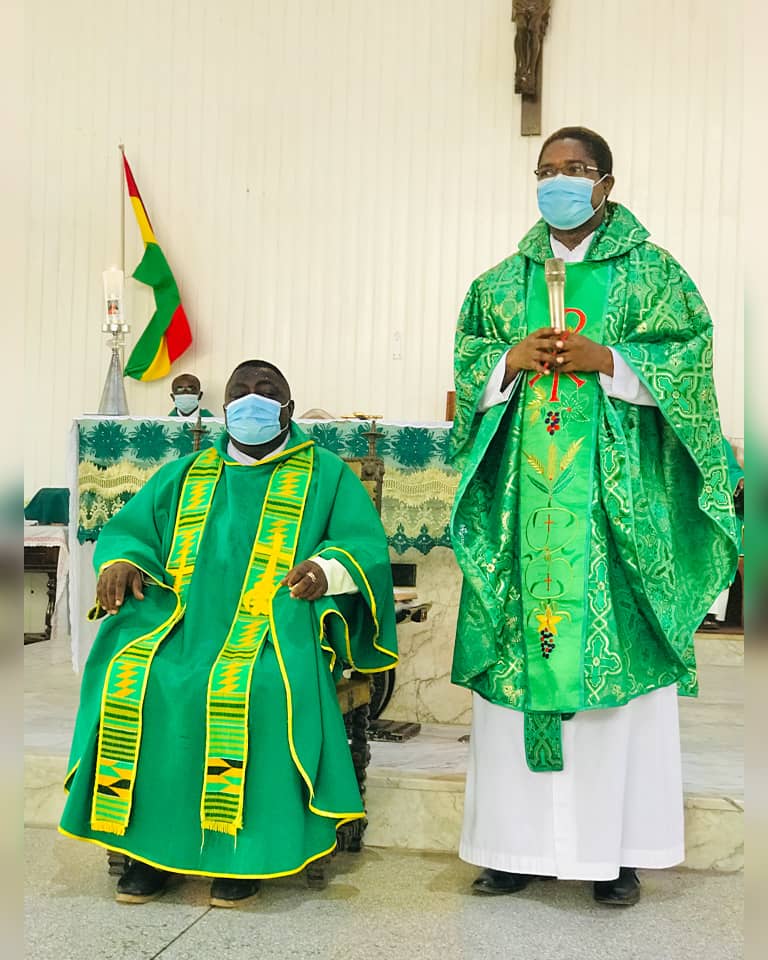 In his response, the new Parish Priest, Very Reverend Father Dominic Amegashitsi, expressed his heartfelt appreciation and renewed his commitment toward God’s work. He made it clear that he is here to do just one thing and that is, “To do the will of God.” He also said he is very ready to serve with all his being but depending on the cooperation of all Parishioners.