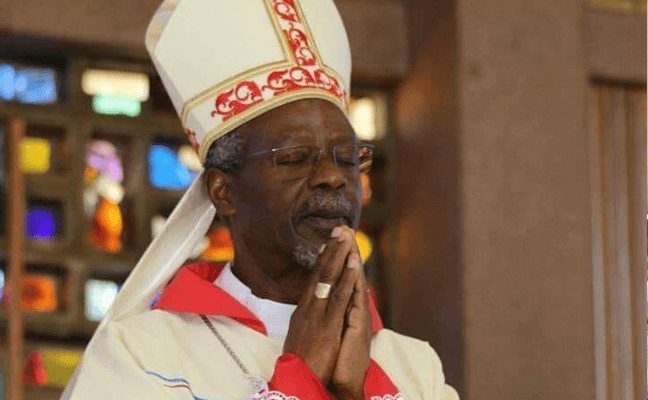 Ghana’s Frank Nubuasah to be installed Bishop of Gaborone tomorrow

Today marks the last day Ghanaian SVD Prelate, Most Rev. Frank Nubuasah’s name will be heard during Eucharistic celebrations in the Diocese of Francistown in Botswana. The Prelate will be installed as substantive Bishop of  the Diocese of Gaborone tomorrow following the resignation of Bishop Valentine Seane and his appointment as Apostolic Administrator by Pope Francis in 2017.

Bishop Nubuasah will for the first time as the Bishop of the Diocese of Gaborone celebrate Holy Mass at Christ the King Cathedral on Sunday August 18.

A week to the installation ceremony, the Bishop’s  chair was removed to facilitate the inscription of his coat of arms on its upper part just above the bishop’s head.

The Diocese of Francistown, however, becomes vacant awaiting the appointment of a new shepherd.

The prelate was born to Mr. Joseph Nubuasah and Mrs. Dora Nubuasah on the 7th of June 1949 in Likpe Agbozome a village in Ghana. The bishop is the first boy, Of his four sisters. Young Frank Nubuasah was educated in his home village and Kadjebi where he did his secondary education.

After working for a year he decided to join the Divine Word Missionaries (SVD). Completing his seminary formation at the Regional Seminary in Tamale, Ghana he was ordained on the 26th of July 1980. Together with another priest from his parish, they were the first priests of the parish. 1949 Soon after ordination, he was missioned to Botswana as one of the initial group of four SVD missionaries to start working in the country .

He was later recalled to Ghana to assist in the formation of novices. He did two years of post graduate course at Duquesne University in Pittsburgh earning the Masters of Arts degree. Returning home, he was Master of novices until he was appointed Bishop of the newly created Apostolic Vicariate of Francistown on 7th November 1998 after his ordination as Bishop in June that same year. 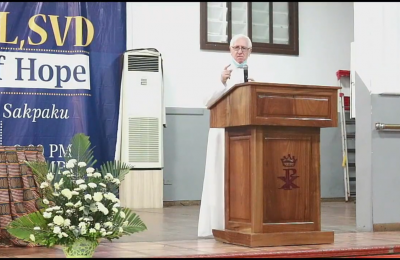 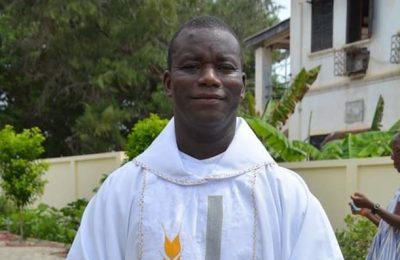