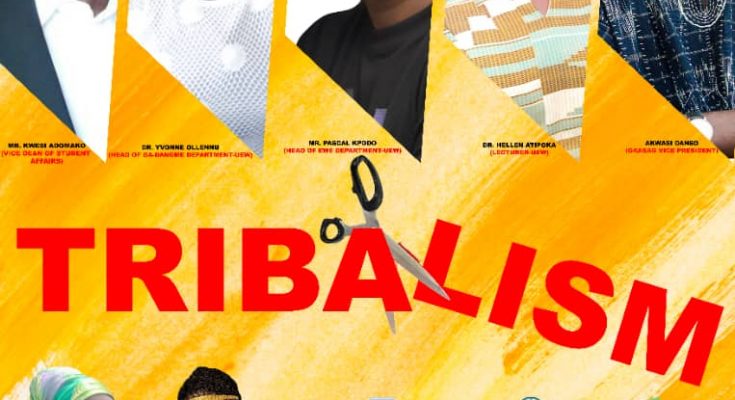 A level 200 student pursuing an undergraduate program in B.A. Ga with German education brought the College of Languages Education Winneba – Ajumako Campus to stand still when her well and carefully planned talk on tribalism and ethnocentrism eventually came off at the university’s assembly hall.

The program which was keenly organised to address tribalism and ethnocentrism and it’s negative effects on the university and the country at large was graced by the principal, the registrar of the college, vice dean, senior lecturers, dignitaries,SRC executives and some of the students.

A spectacular and educative drama, dance and music performances which depicted the evils of tribalism and ethnocentrism was also put up by the school’s mass theatre, dancers and a music artiste.

Senior lecturers gave an introduction to what tribalism and ethnocentrism is, it’s causes, effects and how to curb it.

Addressing the students, lecturers as well as dignitaries at the program,the Principal of the College of Languages Education Winneba, Ajumako Campus gave a speech which was not out of touch with the reality in the country and in our schools.

He caution the general student body and staff of UEW to desist by all means possible from being tribalistic and ethnocentric as they strive to make positive impacts in their lives and society.

The program which was dubbed ‘Tribalism’ was a very good initiative per most students and lecturers view. Some even suggested that the program should be done annually and extended to other university campuses across the country.

Deducing from the positive feedback the program has had, it is likely ‘Tribalism’ is the next most educative talk program to be organised on various university campuses in Ghana. 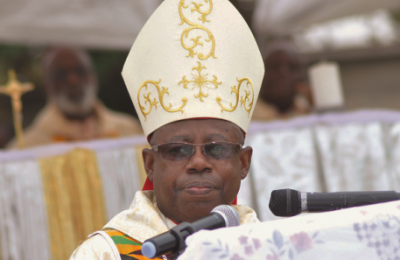 Bishop Attuahene challenges Catholics to stand by their faith amidst attacks

One thought on “2nd year student of UEW fights tribalism, ethnocentricism with drama”