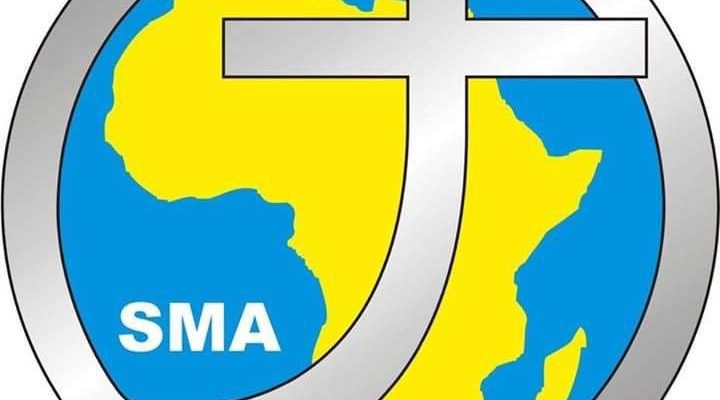 In the wake of the coronavirus pandemic and the ban on public and social gatherings in Ghana, the 140th Anniversary celebration of the arrival of first missionaries of the Society of African Missions (SMA) in the West African country of Gold Coast, now Ghana has been marked with a commemorative Mass at the St. Francis of Assisi Catholic Church at Ashaley Botwe in Accra.

In a sermon at the Mass on Sunday, May 17, 2020, made available to newswatchgh.com, Fr. Paul Ennin, the Provincial Superior of SMA–Ghana Province, said “Each one of us is called to be a missionary from the bottom of his heart and to contribute to the spread of the Good News.”

He stated that “We have a duty to contribute and participate in the spread of the Gospel.”

“Many lay persons like Sir James Marshall, John Asante and Prince Boakye facilitated the coming and work of the SMA Fathers. Today, we can do the same by contributing to the training of SMA missionaries who continue to preach the Good News in mostly difficult and poor areas: like Bishop Dennis Agbenyardzi, SMA Bishop in Central Africa Republic (RCA) among the pygmies –building schools and clinics.”

Fr. Ennin stated that “We can contribute to support their mission and also to pray for them and the success of their work, like Philip in the Acts of the Apostles, who brought much joy to the town in Samaria, because he preached the Good News, Moreau and Murat and many OLA sisters brought joy of the faith to us.”

According to him, as scripture says “how beautiful are the feet of those who bring Good News”, Pope Francis in May 2019 asked the SMA to continue to be “a joyful missionary family at the service of the most abandoned and those deprived of the joy of knowing Christ Jesus.

Asking how can they call on the Lord if they do not believe. How can they believe if they have not heard and how can they hear, the Provincial Superior called on Ghanaians to be part of this joyful missionary family, adding that “You can encourage the young ones to give their life to the service of God as an SMA missionary Priest or OLA missionary Sister.”

“You can join the friend of the SMA or become a mission partner as an individual or as a family. A joyful supporter of the messengers of the Good News…Whatever sacrifice you do for the spread of the Gospel will be remembered and never be forgotten: “And if anyone gives even a cup of cold water to one of these will not go without its reward.”

Fr. Ennin stated that “The founder of the SMA Fathers, venerable Bishop De Marion Brésillac before dying in 1859 in Freetown, Sierra Leone six weeks about his arrival at the age of 46 said: “The work will continue if there is a willingness to continue it”, adding that “Fathers Moreau and Murat, and many OLA sisters who came to Ghana, and their lay supporters at home, were the willingness that brought us the faith.”

“Today, we are the willingness to continue the work of God, and rekindle the fire of faith 140 years on. Like Philip who brought much joy to the Samaria town may we be found worthy to be true and faithful “Willingness” so God’s work continues,” he averred.

Giving a historical background, he said “In 1869, a young French diocesan seminarian, aged 22, had a dream in which he heard the cry of Africans calling him to come to them. He understood it as God calling him to go to Africa. So, he left the diocesan seminary and joined the SMA Fathers in Lyon. He was ordained in 1871, and was sent to South Africa together with his colleague two years younger.

“In 1880, both of them were chosen by the SMA Superior General to go and open a new mission in the Gold Coast. And so, Fathers Moreau and Murat arrived in Elmina on the 18th of May 1880 at the ages of 33 and 31 years respectively. “We visited all the chiefs and inhabitants of the town, and were given a great welcome. Everywhere we went they asked us when we intend to start our school… There is hope of doing (great) here…”

Fr. Ennin narrated that “As fate would have it the younger Eugene Murat died in August 1880, three months later. The death of Murat was a shock to his companion, yet Auguste did not give up: that inspired him, because he remembered the words of Jesus “I will not leave you as orphans. I will come to you.” He intended to continue the work.”

Adding, the Provincial Superior said “He (Mureau) travelled to villages, mostly on foot, even as far as Kumasi, Accra, and Axim. He opened outstations, built churches, and schools, made up furniture himself; as a French man he learnt English, the Fanti language, and translated the Catechism into Fanti; he was both a teacher, a preacher, an agricultural adviser, a doctor, and choirmaster. His love for the people was deep despite the hard (work).”

“I am passing a lot of time learning the language which will enable me do much more. Unfortunately, there are so many difficulties: fever, the heat and weather, and many others… I will like to build a school and a chapel, but no money. Every time I passed the night in a village I asked for the sick, and they bring dozens of individuals that I minister to. On my return journey they did not fail to come and thank me. I love the people with all my missionary heart. And my greatest desire is to consecrate my life to them. Pray with me that the light may down over this great people,” he quoted a statement by Fr. Mureau on June 16, 1882.

According to Fr. Ennin, “indeed he did consecrate his life to the Gold Coast mission. After six years of intense missionary work, preaching the Good News, and many fights with fever, his health began to fail and he was asked to return to France. He died at sea during his journey home on March 21, 1886 off the Coast of Axim. He was just 39 years old.”

“Many other SMA Fathers and OLA sisters were to follow their example, believing that the gift of faith in Christ Jesus is the most precious gift to bequeath to a friend. For this they sacrificed their lives. Cardinal Turkson in 2001, then Archbishop of Cape Coast, paid this homage to the Missionaries,” Fr. Ennin said.

“Now will I praise those godly men, our ancestors each in his own time. Some of them have left behind a name and men recount their praiseworthy deeds; but of others there is no memory. Yet their virtues have not been forgotten… their wealth and heritage remain through God’s Covenant,” he added.

He continues “I am overcome with great sense of unworthiness when I realise that I am both a fruit of these missionary labours and sacrifices, and an heir of the pastoral care of these fathers of four faith. “They will on that account, forever be our inspiration for a selfless life of service as servants of the Gospel”.

He stated that ‘As Jesus himself mentioned “Unless a grain of wheat falls to the ground and dies it remains a single grain. If it dies it produces much fruit” John 12:24.’ And the fruits of these missionaries have been abundant for all to see.

“So, 140 years on, we are beneficiaries of the sacrifice and labour of so many SMA and OLA missionaries,” the Provincial Superior added. 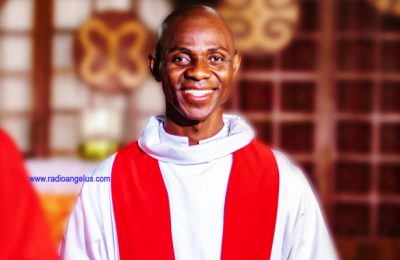 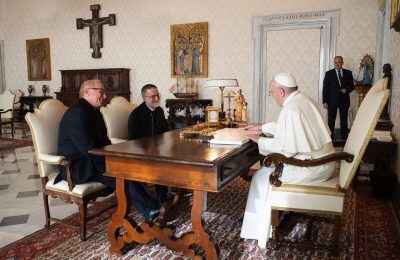 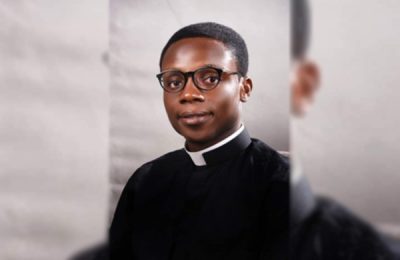